Our members are leading media lawyers across Canada. We organize a major annual conference, intervene in important Supreme Court of Canada cases, and promote improved laws and policies for free expression and openness of courts. AdIDEM/CMLA is dedicated to the protection and enhancement of free expression in Canada and abroad.

Past Presidents and Ex Officio Board members:

Message from the President 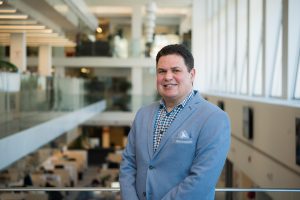 In this era of disinformation, the marketplace of ideas has taken on more importance than ever before. As such, the dissemination of facts by the media and their journalists remains central to the survival of our democratic institutions and to holding our leaders accountable. The linchpins of this exercise are freedom of expression and freedom of the press, enshrined in section 2 of the Canadian Charter of Rights and Freedoms.
Our organization is dedicated to protecting these fundamental freedoms. Its membership is comprised of the foremost media lawyers in Canada who defend freedom of expression and its corollaries, such as the open court principle, before the courts on daily basis. The Canadian Media Lawyers Association has been granted intervenor status by the Supreme Court of Canada in numerous high profile cases over the more than 25 years of its existence. We also act as a means exchanging best practices and new developments amongst our members.
We encourage you to explore this site and follow our twitter feed @CanMediaLawyers.
Patrick Bourbeau
President

CMLA members are lawyers representing the media across Canada.